The base idea of project “Shield” started in 2011 at ISA in Las Vegas, when Sergio Ferrari from world renowned Italian graphic machine manufacturer NEOLT and Paul Koch from Dutch based Signbase (now part of Cosign nv) started the idea to make a lamination machine specifically made for Signmakers.
Excellent mix of Italian, Dutch, Belgian and American DNA will revolutionize lamination in the Sign Industry.

After many idea-exchanges and several prototypes made in the Neolt Factory in Bergamo, Italy the first three machines entered the market at Signmakers and Distributors for market reviews and finetuning. This one-year period led to more enhancements and changes based on the wishes of our end-customer: The Signmaker.

The Shield laminator was first officially introduced to the public during Fespa 2013 in London by Cosign nv and Neolt Factory and soon after German based H. Brunner GmbH started distribution of the Shield in October 2013.

Currently the number of Shield distributors is growing quickly all over the world and new products and options in development. 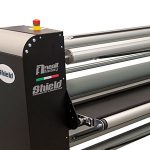 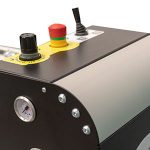 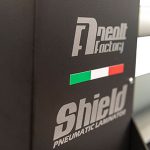 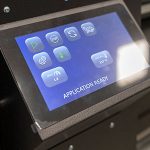